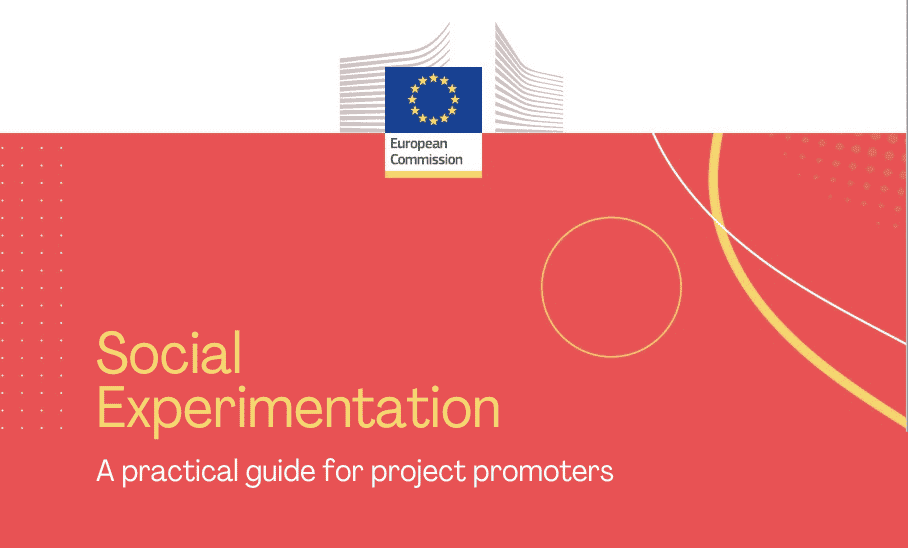 The Directorate General for Employment, Social Affairs and Inclusion of the European Commission has published the guide “Social experimentation; a practical guide for project promoters”.

A practical tool that combines knowledge and experience with some theoretical information, providing a solid understanding of social experimentation and practical advice for project development.

The guide, which includes a variety of examples of tools, models and methods used, lists the RuralCare project as one of these good practices. It especially highlights the phases and methodology used during the development of the project, which are described below.

In the first place, the importance of involving the political leaders who participate in the definition of social policies, thus guaranteeing their commitment and therefore increasing the impact at the level of social policy. With this objective, in the initial phase of the project, those responsible for RuralCare conducted interviews with the mayors of the municipalities of the pilot territories to learn about their interests and needs, involving them in the entire process.

Another aspect of RuralCare highlighted in the guide is the fact that it takes into account, on the one hand, an extensive literature review of existing good practices; on the other, an in-depth analysis of the state and context of the territory, and shaping the project from contrasting both and thus designing a sustained model in practices with proven success and at the same time adapted to the particularity of the territory.

The guide also highlights RuralCare’s person-centered approach. Placing the individual life plans of the users at the center, based on personal interviews that lead to an agreement between the user and the professional based on the expectations and vital desires, is given as an example of a model that manages to integrate a person-centered approach, with empowerment activities to benefit from their active participation in the design and implementation of the pilot.

Finally, the guide highlights the design process that RuralCare has followed to ensure the scalability and transferability of its results. Firstly, taking the pilot to 74 municipalities; with the results, developing a feasibility study for its implementation throughout the region and preparing a roadmap for its implementation; finally, presenting the project to other regions and raising the learnings at the national level to contribute to the policy of long-term care.

For all these reasons, RuralCare is already an example of good practice for the design of social innovation projects whose learning and results can be transferred and scalable to other regions, which is the ultimate objective of the financing plans that the European Commission makes available to its member states in favor of a continuous improvement of social policy.

Scroll to Top
We use cookies on our website to give you the most relevant experience by remembering your preferences and repeat visits. By clicking “Accept All”, you consent to the use of ALL the cookies. However, you may visit "Cookie Settings" to provide a controlled consent.
Cookie SettingsAccept All
Manage consent

This website uses cookies to improve your experience while you navigate through the website. Out of these, the cookies that are categorized as necessary are stored on your browser as they are essential for the working of basic functionalities of the website. We also use third-party cookies that help us analyze and understand how you use this website. These cookies will be stored in your browser only with your consent. You also have the option to opt-out of these cookies. But opting out of some of these cookies may affect your browsing experience.
SAVE & ACCEPT